The land of the rising sun and the pearl of the orient seas: in close proximity but almost in polar opposites when it comes to culture and education systems. The Philippines, having been colonized by the Americans shortly after 3 centuries under Spanish rule, had adopted the former's education system and language. Hence, even if American "colonialization" was a mere half century, the influence and language is strong in the country even up to this day.

Although I cannot vouch for the majority of the universities in the Philippines, nor even the direct counterpart such as state universities, this piece will attempt to compare and contrast the Philippine and Japanese universities (at first impression). As a general disclaimer, I would like to roughly state that I have only been in University of Tokyo for (UTokyo) half a semester and the most significant years in my undergraduate at De La Salle University (DLSU) had been on my final 2 years of study (out of 4.5).

Furthermore, comparing an exuberantly technical bachelor's program and an international humanities postgraduate program might not be the best for validity in any case. Nonetheless, I will enumerate the most apparent differences I have experienced on my first few months: a comparison between Japanese national university experience and a Philippine private university experience. 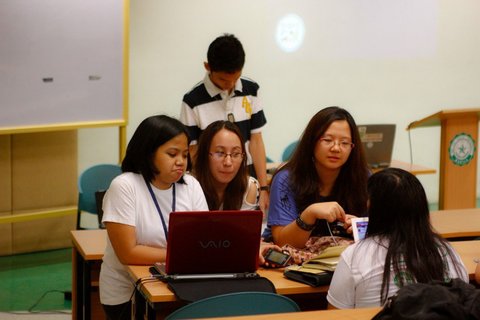 In the onset, UTokyo and DLSU are very similar in terms of how classes are held. My professors in both institutions encourage transformative learning and a healthy discussion of the topic at hand. What I personally found different in my classes was that since there are a healthy mix of cultures and international students, the discussions are rather more reserved. In my DLSU classes, the overall vibe was relaxed and quite open to the occasional banter between classmates, and sometimes even towards the professor. In UTokyo, the aura is more quiet, toned down, and very much focused on the task at hand. The deafening silence that also accompanies Japanese classrooms would discourage the slightest of whispers as to not pull unnecessary attention towards one's self.

Zemis are one of the things which are directly incomparable to my undergraduate experience. We never had these, and a lab group was not compulsory for the bachelor's program. What is interesting though is the manner in which zemis are conducted: we print out a transcript of our presentation and proceed reciting our findings, in almost verbatim narration of the text (literally) on hand. I found this very unique in my first experience as such a manner would be quite taboo in the Philippines. Most presentations would actually instead involve a Powerpoint with minimum text and would echo most types of talks from conferences such as say, TEDx.

In both cases, my experiences in DLSU and UTokyo were both in their main campuses. With a student body population of 20,705 and 27,955 respectively, one would expect the latter to have a more interactive student body just due to its sheer volume. However, the experience is actually a far cry- DLSU and UTokyo both fairly exclusive in their selection were almost incomparable. UTokyo, a very prestigious research university had similar to its classes, a very reserved and quiet student population. Going around campus, I could see a plethora of academic conferences, events, and various student activities but they all somehow felt restrictive in nature.

DLSU, perhaps not the top in the research field but can otherwise boast of its holistic education, had a much more enthusiastic and outgoing attitude. During the course of my undergraduate experience, you might just be bombarded with student organizations, government, some sponsors and various events here and there. The school spirit, in all its novelty was tremendously felt. 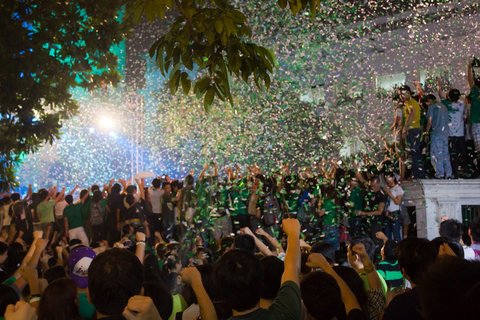 Although distinctly different in their own way, Japan and the Philippines (consequently UTokyo and DLSU) have provided numerous avenues for me to mature in facets of my being. My undergraduate experience in DLSU had helped me grow to become the resilient person I am today in facing the challenges of supporting my further studies in a foreign country. Similarly, I would like to embrace all opportunities that UTokyo has in store so I may reap the Japanese [top] university experience to its fullest extent.

I am looking forward for the rest of my years with the University of Tokyo, ITASIA Program, and Yamauchi laboratory.

Credits to Albert Leonard Dizon for the photographs.